Ollie is a theatre director and playwright and founded Peaceful Lion Productions in 2006. He has substantial experience in writing and directing shows for children. His two adaptations of E. Nesbit books received much critical acclaim, “An hour of fun" (The Guardian). Directing credits for children include: as director: Hey, Presto! (UK Tour), Rhyming Capers (Hospitals initiative) Bringing Down the Moon (UK Tour), The Magic City, The Enchanted Castle (Pleasance), The Secret Garden (Cambridge). As resident director Toad Hall! (the Scoop). As assistant director: The Adventures of Jason and the Argonauts (the Scoop), James and the Giant Peach (Polka); The Lion the Witch and the Wardrobe (St. Stephen’s); The Scarecrow and his Servant (Southwark Playhouse). Further producing credits for children include: Alice Through the Looking-Glass (Pleasance). Ollie was also the associate director of the European School of Young Performers in 2010.

Ollie's other theatre work includes directing the My Tram Experience scratch for Tamasha at the Rich Mix in April, working as an actor and stage manager on 'You Me Bum Bum Train' at the Old Sorting Office, December 2011 to January 2012. Further credits include, as director: Shafted (Etcetera), Dracula, The Clouds (Cambridge). As resident director: Don Juan in Love (Scoop). As assistant director: Once Upon a Time at the Adelphi (Union); and, Medea (Scoop).

Passionate about the links between arts and health Ollie wanted to ensure that the Theatre for Hospitals initiative was a part of what Peaceful Lion Productions do.

For more information about Ollie please visit his website. 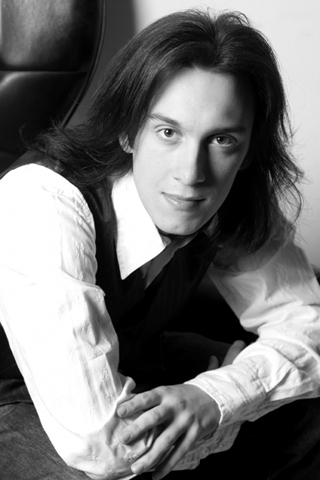