Producing credits include Ludwig Live! (Lenox, MA, USA), The News In Revue (Queens Theatre In The Park, Queens, NY, USA and Killington, VT, USA), Parenting 101 (Emelin Theatre, Mamaroneck, NY, USA and The Kimmel Center, Philadelphia, PA, USA), and the continuing development of Nutcracker! The Musical, both in New York and London. Amy is the co- Founder and Executive Director of Festival Arts and served as General Manager of The Mekka Collective. She was Administrative Associate at Amas Musical Theatre, Assistant to the Producer at Gorgeous Entertainment, and General Management Assistant on the Broadway show The Blonde in the Thunderbird.

She also worked for Dreamworks Theatrical Marketing and experiential marketing firm Gigunda Group International. Amy is currently based in London, England, where she is working towards a PhD at the Royal Central School of Speech and Drama; her research is into the role of the producer in the transatlantic transfer of the commercial musical. 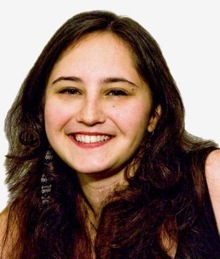