This fantastic new musical production based on the original ETA Hoffmann fairytale premièred at the Pleasance Islington in December 2015.

Nutcracker! The Musical is a story of magic, far away places, fairy tale kingdoms, of love, friendship, family and most importantly imagination. With a modern musical score influenced by Tchaikovsky's famous ballet, this fresh new look at the original Nutcracker story will enchant audiences of all ages.

Teenage Marie is too old to play with dolls but there's something intriguing about the nutcracker given to her by her old Uncle Drosselmier. He seems lost in time. Long ago in the fairy tale kingdom of Chronenburg, the beautiful Princess Pirlipat has been magically disfigured by the evil Mouseyrinks, Queen of the Mice. King Wilhelm enlists the help of the mystical Royal Clockmaker to break the curse. Will a little magic and a lot of imagination be enough to discover the secret of the nutcracker and rescue the people of Chronenburg from the clutches of Mouseyrinks' spell?

Nutcracker! The Musical is written by multiple Emmy Award-winner Nancy Holson, with orchestration by Bruce Kiesling and Paul Rigano and directed by Ollie Fielding. This show promises to be a Christmas cracker!

"The dance numbers are spectacular... Kids will eat it up."
The Upoming

"The production was greatly colourful and majestic."
Everything Theatre

"This lively and colourful version of The Nutcracker is a welcome addition to the Christmas shows around London. Nancy Holson has taken Tchaikovsky’s music and Hoffman’s stories and – with the help of orchestrators Bruce Keisling and Paul Rigano – come up with a musical version that is true to the much-loved original."
Plays to See

"A superbly great show that keeps its audience entertained from start to finish. The combination of music, words and story work really well together and the show itself is a wonderful take on the old traditional story that provides something for adults and children alike and will leave you feeling a little bit more Christmassy when you leave the theatre."
Carn's Theatre Passion 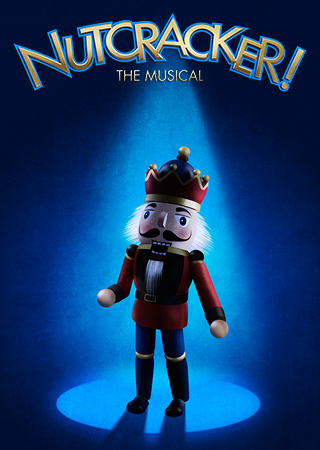